Is Mom to Blame?

While a genetic link may rest in your lineage, severe morning sickness may not be as strongly influenced by heredity as one may think. A shortcoming of the research carried out at the Norwegian Institute of Public Health is its failure to control for a host of factors that may also influence hyperemesis gravidarum such as body mass index, tobacco use and ethnic background. Among a body of seemingly inconclusive genetic evidence, is your mother really to blame for your severe morning sickness? Well, the family milieu may still be largely responsible for the link between mothers and their daughters. It is possible that, while hyperemesis gravidarum is not genetically transmitted, the common environmental factors shared between mothers and their daughters could influence the development of severe morning sickness.

Alarming breakthrough research conducted under Marlena Fejzo at the University of California, Los Angeles reveals that women suffering from hyperemesis gravidarum during pregnancy are more than three times as likely to birth children affected by sensory and attention disorders and language and learning delays. The harsh effects of severe morning sickness—the consistent vomiting, weight loss and fatigue—breed dehydration and malnutrition in the mother, creating an unstable, unhealthy environment for the budding fetus. These findings not only recapitulate the dangers of hyperemesis gravidarum but also introduce a curious association between a lineage of mothers that display severe morning sickness and a family history of attention disorders and learning deficits. 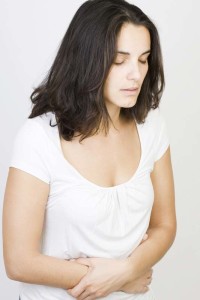 The genetic implications of hyperemesis gravidarum are not only strongly evidenced but also frightening. However, there is a takeaway for all mothers who fear childbirth if they are prone to severe morning sickness: Don’t worry yourself sick. An important reminder is that hyperemesis gravidarum affects less than 2 percent of women. Additionally, the statistical evidence governing attention disorders and learning delays in children affected by hyperemesis gravidarum is too weak to cause immediate alarm. Do not forget that medical science aims to characterize ailments in a subset of individuals expressing a particular phenotype. So, for the average individual, these risk factors are inapplicable. However, if you or someone that you know is suffering from hyperemesis gravidarum, please seek medical advice regarding your condition. Severe morning sickness may pose a health risk, but its effects on your newborn are likely preventable with measures as simple as proper nutrition and hydration.

Symptoms and Changes
Previous Post: « The Truth About Essential Oils During Pregnancy
Next Post: The Benefits of Breastfeeding »