Whether you are one of the many women addicted to pharmaceutical drugs or are simply prescribed a laundry list of medications, pregnant women who have a body full of prescriptions are at risk of passing dangerous toxins to their babies. For this reason, detoxing should take place prior to trying to conceive. However, if you find yourself with a positive pregnancy test and you have yet to change your medication habits, detoxing from your prescriptions is known to be an effective solution to this perilous situation.

Research studies conducted between 2004 and 2013 at several medical centers in the US have revealed a noticeable increase in the number of babies born to mothers addicted to toxic medications. Approximately 29 percent of babies are considered intoxicated upon being born.

Effects of Pharmaceutical Drugs on Women in Early Pregnancy

When addicted or highly prescribed pregnant mothers take toxic medications, they usually have dire repercussions on their infants. Such repercussions include low birth weight, extreme irritability, cognitive malfunction, adaptability issues and in some cases even death. 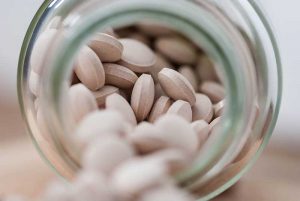 Painkillers known as opioids and Methadone are some of the most common drugs that an increasing number of women in early pregnancy have been found to be addicted to or have a high amount in their system of.

Opioids are pharmaceutical drugs such as Oxycodone and Roxycodone and are commonly known as “Oxys” and “Roxys.” The purpose of such drugs is to control moderate to severe pain. However, they are highly addictive and run a high risk for dependence.

Methadone is another type of opioid medication that some physicians prescribe in order to treat pain and even narcotic drug addiction in patients. Primarily this is used for reducing withdrawal symptoms in people with heroin addictions. Unfortunately, like the other opioids, addiction is a possible risk, especially since Methadone is as habit-forming as heroin itself.

Additional prescriptions that can prove harmful to pregnancy are opiates. These cover a large range of drugs including such illegal drugs as heroin and opium to intense pain killers such as Morphine, Oxycodone, Hydrocodone, Codeine and Fentanyl.

Painkillers aren’t the only prescriptions that can lead to pregnancy complications. However, additional medications that should be eliminated from the system or evaluated by a doctor include some antidepressants such as Paxil, Nardil, Anafranil and Wellbutrin to name a few, antibiotics, blood pressure medications and psychiatric drugs.

Regardless of the intensity of the prescriptions, legally prescribed or not, women that are on them when becoming pregnant many have more severe risks when it comes to a healthy early pregnancy. Not only are these medications typically highly toxic and harmful to both a pregnant woman and her unborn baby, they are addictive and require usage in increasingly large amounts in order to work. This comes with an elevated risk of addiction and fatality due to overdose.

What Does Detoxing Do for Pregnant Mothers?

Other than opiates such as heroin, morphine, codeine or prescription painkillers, standard drug detoxing is typically safe for both the mother and the baby during early pregnancy if it is managed with a proper approach and under the supervision of a doctor. While it may not be a pleasant process, it is essential to protect the developing baby from serious complications at birth.

Women should detox from medications harmful to pregnancy prior to conception to avoid any additional risk to the mother or baby. However, in cases of unplanned pregnancy in the early stages, women should make a point of detoxing as it is the most sensible way of flushing toxic chemicals out of their body for the fetus growing in it.

When chemical drugs are taken to control the side effects of other drugs, this action compounds the level of toxicity that overtaxes the body. Additionally, drug use worsens the side effects and makes recovery difficult to impossible.

Cleansing helps release any existing overload of harmful chemicals that impede organ function. With the cleansing effect that occurs, soon the body starts repairing itself naturally.

Many plants and food items are known to release toxins. Early pregnancy is a time that commands extreme care in the handling of both the mother and the fetus. During such time, the mother must be very cautious about what she allows in her system if she wants to protect the fragile life growing inside of her. 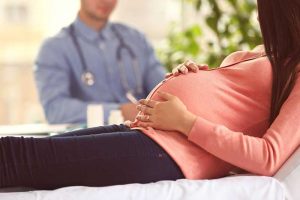 When a woman’s blood is toxic due to an addiction or excess consumption of prescription medications, the best time to shed toxins is before conception. For that time period, the following cleansing agents can be useful when used properly: Senna, aloe vera mixed with psyllium fiber and alfalfa powder. Milk of magnesia can also be useful when taken in moderation. In addition, additional drug detoxing approaches include acupuncture, vitamin therapy and meditation, although these approaches are supplemental with diet changes and may or may not work for every woman.

Because of the fragility of the fetus but the necessity of expelling harmful toxins, a pregnant mother must approach the cleansing process with utmost care and discernment and with guidance from her primary care doctor or OBGYN. During the detoxing period, it is important to consider the following;

Avoid remedies that cause strong contractions of the colon and may lead to uterine contractions. Usually, the most commonly used and effective methods include traditional colon cleansers. Strong cleansers must not be used during the early stages of pregnancy.

Seek out cleansers that are known to assist the body with flushing out toxins through the urine and bowels, as well as through the skin. Some of these include:
– Juices from parsley, cilantro, wheat grass, and Moringa
– Watermelon
– Spirulina powder
– Zeolite
– Drinking six to eight glasses of lemon water every day
– Sauna, steam baths, warm foot baths, yoga and gentle massage

Meet with a therapist, specialist doctor or support group, and get core emotional issues addressed, especially if medication consumption is due to addiction or if the pregnancy was unplanned or unwanted.

For those women who are detoxing as a result of drug addiction or dependency, avoid the company of other addicts to prevent going back to medications and drugs.

The cleansing process must be continued throughout the pregnancy until the mother-to-be is ready to give birth. In general, it is especially important that healthy dietary and supplemental routines are followed during pregnancy. However, when the first trimester is subjected to excessive medications and prescription intake, doing whatever is possible to regulate proper health and nutritional balance is necessary to ensure a healthy mom and baby for the remainder of the pregnancy.

Because excessive prescription use and addiction to toxic medications are unsafe for both a mother and her baby, detoxing is a natural self-healing option that provides enormous advantages with negligible to no risk if done before or early on in a pregnancy. For pregnancies that are subjected to medication use, seek the guidance from a doctor as to the best approach for detoxing.

Most of us are familiar with bone marrow and blood donations. Cord blood donations are along the same lines as these when it comes to their use. The blood found in the umbilical cord and placenta shortly after childbirth contains stem cells that are useful for treating many diseases, as the cells are able to grow into healthy blood cells and immune system cells, among others.