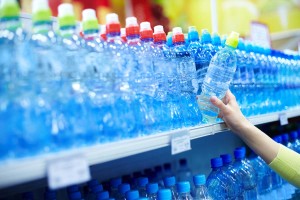 In essence, phthalates are the chemicals within plastic objects that help to create the flexible aspect of plastic, while also keeping the object from breaking when bent. They are commonly referred to as plasticizers and show up in a wide range of products that are used by women that are already pregnant or are currently trying to become pregnant. Some of the more standard products that contain phthalates include adhesives, soaps, plastic tubing, detergents, plastic bags and even certain auto parts. While these chemicals are used in the creation of the products, they do not remain within the framework of the plastic and can spread to the people that are directly making use of the products in question. People can also become exposed to these chemicals when eating foods that were previously wrapped in some sort of plastic. Phthalates can spread to a person by inhaling them or simply by touching products that contain the chemical. When the chemicals enter into the body, they eventually pass through and end up within urine. It is believed that almost everyone within the United States has at least a traceable amount of these chemicals in their body.

How Phthalates Can Influence Fetal Development

There have been a large number of studies that have taken place throughout the last decade or so that all point towards the same thing; phthalates can negatively affect fetal development. Once a woman has become pregnant, exposure to these chemicals can influence the development of the fetus within. This influence seems to focus primarily on male fetuses, though female fetuses can also be affected. It is believed that contact with phthalates during the development of the fetus leads to a condition wherein a lower production of essential male sex hormone occurs. This decrease of male sex hormone production comes at a time when the structure of the male is beginning to take form. It is because of this that certain abnormalities were present following birth. These abnormalities seem to be centralized within the testes of the male. The primary issue that would arise was with the standard descent path that the testes take into the scrotum. While it’s not 100 percent conclusive that these developments would occur within human fetuses, as most of these conclusions were based on animal research, it is highly plausible. 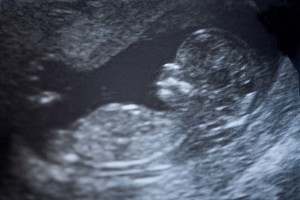 There are other ways in which phthalates seem to affect the development of the fetus among women that are pregnant. For instance, women that were found to have a large amount of phthalates in their urine when pregnant were also found to have a nearly 30 times more likely chance of giving birth to a son with an abnormality than women that didn’t have large amounts of this chemical in their urine. This issue typically displayed itself in a number of ways, generally through abnormalities on the sexual characteristics of the child. For instance, the babies born to mothers with high amounts of phthalates have a larger chance of being born with narrower penile width than is normal, while the testes oftentimes were unable to move directly into the scrotum as they are supposed to. It’s yet unknown as to whether or not these phthalate-caused abnormalities could indicate an issue with the fertility of these male babies once they become older, though it is a possibility. There is also a strong likelihood that phthalates could influence the development of both girls and boys through their behavioral and physical character traits, though this is still unproven.

If you are looking to become pregnant or are already pregnant, it’s possible to reduce the amount of phthalates you come into contact with by simply purchasing plastics that contain a substance known as polyethylene, as these usually don’t contain phthalates.

Most of us are familiar with bone marrow and blood donations. Cord blood donations are along the same lines as these when it comes to their use. The blood found in the umbilical cord and placenta shortly after childbirth contains stem cells that are useful for treating many diseases, as the cells are able to grow into healthy blood cells and immune system cells, among others.

Pregnancy Basics
Previous Post: « The Truth About Essential Oils During Pregnancy
Next Post: The Benefits of Breastfeeding »