You, most likely, are wondering at this point, “What is placenta encapsulation?”

It is known that in the wild, many animals eat their own placenta to protect themselves and the offspring from predators. However, over centuries, a custom has developed in the modern world, and placentophagy has long since come to pass in humans. Especially in the USA, this trend has become very popular, not least by prominent role models. Whether roasted, mixed in food or in the form of capsules: more and more women are consuming their own placenta, in order to draw a health benefit from it. There are also more and more advocates for this practice as well, in the German-speaking world.

Placenta encapsulation is an ancient practice that is most commonly known from Chinese medicine. In these cultures, the placenta was considered nutrient-rich, and to promote recovery after birth. In recent years, however, demand has also risen in the western world, and in the USA, it was first reported in the 1970s. Placenta encapsulation is intended to enable women to consume the mother cake in a simple manner. The placenta is dried, pulverized and then filled into capsules, which are taken as conventional medications.

The Benefits of Encapsulating the Placenta

After the birth of a child, many women suffer from a condition known as “baby blues,” which is mainly due to mood fluctuations. This condition is quite common, but usually disappears after a few days. However, if it persists over a longer period, it is referred to as postpartum depression.

The causes of this condition are believed to be a rapid drop in a woman’s hormone levels, exhaustion and possible anemia due to the loss of blood during the birth. Consuming the placenta is a way a mother can replace what she lost during the birth. The mother cake, however, is intended to offer other benefits, such as higher secretion of oxytocin, which helps the uterus return to its normal size, as well as better bonding after delivery. In addition, restoration of iron levels, the increase of milk production as well as improvement of energy are called by some women.

How Placenta Encapsulation is done 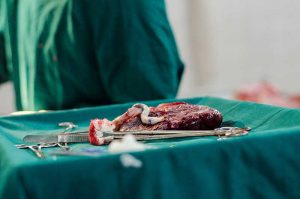 After birth, the placenta is washed and removed from blood clots. It is then steamed, cut into pieces and dried. Finally, it is ground to powder and filled into capsules. There are more and more companies, especially in the USA, who offer placenta encapsulation. In addition, independent midwives and doulas will also provide encapsulation of your placenta. If you are considering using a professional facility to encapsulate your placenta, it is essential that you research the facility’s techniques. By doing this, you can ensure your placenta is handled safely. However, more and more women are choosing to do placenta encapsulation themselves at home, not least for reasons of cost. In the United States, even courses are offered now, in which women learn to carry out the method by themselves. In the German-speaking world, placenta globules are particularly popular. No matter which method is used, it is important that the placenta is properly stored and treated, and that it is only consumed by the mother herself. For safety reasons, it is recommended that the placenta be encapsulated within 48 hours of birth.

Even though many women speak of the health benefits of the placenta encapsulation, there are hardly any researches that prove this. Scientists at the Northwestern University School of Medicine reviewed some of the studies published so far and found that none of the above-mentioned benefits could be confirmed. One of the study authors, Dr. Crystal Clark, assistant professor for psychiatry and behavioral sciences at the Feinberg School of Medicine at Northwestern University, explains that neither the effect of placentophagia could be demonstrated nor the risks were thoroughly investigated. Since the placenta can also contain harmful substances such as mercury, lead and other bacteria, and there are no regulations for proper storage and processing, adverse health effects could result for mother and child. Therefore further studies are necessary. Even if every woman herself needs to make a decision, Clark advises first to try out traditional methods that have been scientifically proved to treat postnatal depression.

Even if the trend to process one’s own placenta finds more and more advocates, mothers should in any case give in-depth medical advice and weigh the advantages and disadvantages before handing your “cake.”

Certain nutrients vital to your baby’s growth are essential during your pregnancy and will nurture a radiantly-healthy baby. It is not always easy to get all the nutrition you and your baby need from your diet alone. There is no doubt among medical experts in regard to the necessity of supplementing with additional vitamins and minerals during pregnancy and breastfeeding.

Postpartum Vitamins
Previous Post: « Ideas for the Ultimate Co-Ed Baby Shower
Next Post: When Your Birthing Plan Doesn’t Go According to Plan »