In 12 to 15 percent of all European couples, Rhesus (Rh) incompatibility occurs during pregnancy. Under certain circumstances, this can be dangerous for the baby.

What is the Rh factor?

Every person has a specific blood type (A, B, AB or O). The Rh factor is a blood type component that refers to an inherited property of red blood cells. The two types are Rh-positive and Rh-negative. The latter refers to the lack of a certain protein on the surface of a person’s red blood cells. According to Dr. Willy Flegel, a specialist in transfusion medicine at the National Institutes of Health, 16 to 18 percent of the European population is Rh-negative. In the US, fewer people are affected.

The Rh factor during second pregnancy 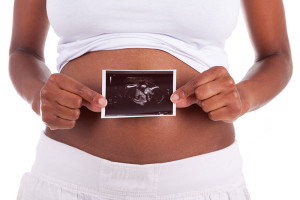 In everyday life, the Rh factor is of little importance, but it can be dangerous during pregnancy if an incompatibility between the Rh factor of the mother and that of the child exists. For example, if the mother is Rh-negative and the father is Rh-positive, it is possible that the child is Rh-positive. This usually only becomes a problem during the mother’s second pregnancy. If the baby’s blood enters the mother’s bloodstream, the mother produces antibodies in response to the Rh-positive blood cells of the child because these are registered by her body as a foreign substance. Since the immune system memorizes this process, it is further refined during an additional pregnancy and new defenses are formed that can reach the baby via the placenta. This leads to the attack and destruction of the baby’s red blood cells. For the baby, this results in a risk of anemia and an insufficient supply of oxygen in the body. The consequences to the fetus can be severe, from serious damage to death. If the anemia is less severe, babies suffer from a more pronounced form of neonatal jaundice after birth. Other effects can include paleness, an enlarged liver and spleen as well as changes in blood count. However, these symptoms are treatable if they only manifest in a mild form.

Anti-D prophylaxis is a standard procedure in Rh-negative women

While just 60 years ago Rh incompatibility was still extremely dangerous for the unborn child and accounted for 10 percent of all stillbirths, this rate has become negligible—mainly because so-called anti-D prophylaxis is now provided for pregnant women who are Rh-negative. Anti-D prophylaxis involves testing the expectant mother for antibodies and then conducting further tests if antibodies are detected. During the initial examination, a doctor determines the mother’s blood type and Rh factor if they are not already known. Generally, the antibody screening test is done during the first trimester and then again between the 24th and 28th week of pregnancy. If no antibodies are detected, a doctor will administer immunoglobulins between the 28th and 30th week of pregnancy that act as antibodies against the Rh factor and ensures the maternal immune system doesn’t develop a response to Rh-positive blood cells. After the birth, the baby’s blood is tested. If it has a positive Rh factor, the mother receives an additional injection of immunoglobulins.

Can a test predict the risk of Rh incompatibility?

Since the baby’s blood type can only be determined via amniocentesis, immunoglobulins are administered to all expectant mothers who are Rh-negative. However, this isn’t always necessary because 35 percent of all women with this blood type have second children who are also Rh-negative. For this reason, a special procedure was developed to predict the risk for Rh incompatibility during pregnancy. The procedure involves isolating the child’s DNA from the mother’s blood and then examining its Rh factor in a laboratory. The result is considered highly reliable given that in 99.8 percent of all cases with a positive Rh factor, both the test during pregnancy as well as the test after the birth corresponded with the initial result. The benefit of using such a test would be that approximately 40 percent of pregnant women who are Rh-negative would no longer require prophylaxis. In addition, the riskier method of amniocentesis could be avoided. However, this procedure is not routinely administered yet.