For a while now, it has been known that babies delivered via C-section are sometimes born with weaker immune systems in comparison to those who have passed through the vaginal canal. Infants born via C-section are also reportedly more prone to illnesses such as asthma, hay fever, eczema, and autoimmune diseases. As these statistics have continued to cause concern among expecting parents, many practices have been introduced over time to help build the microbiome in C-section babies.

One of the most popular, yet still very controversial, methods is vaginal seeding. Many people are sold on the idea of keeping their babies healthy with this procedure; however, it is still in question as to whether it is safe or not.

What Is Vaginal Seeding?

Vaginal seeding, also referred to as microbirthing, is a procedure whereby vaginal fluids are collected from the mother prior to the birthing process and thoroughly applied (via cotton swab or gauze) to the newborn’s mouth and entire body after a C-section delivery. The end goal is to transfer the same beneficial bacteria (microbiota) to the baby that a vaginally-delivered baby would come in contact with. Doing so is believed to strengthen the baby’s immune system and prevent common illnesses those born via Cesarean are more vulnerable to.

Is the Method Effective?

Considering that vaginal seeding is a method that has only recently been introduced, only a handful of studies have been conducted to determine how well it works in favor of the child long-term. However, one small study conducted in February 2016 found that the four babies that had undergone the vaginal seeding process had microbiomes that closely resembled those of babies who had traveled through the birth canal and had been in contact with the mother’s vaginal flora. Similar studies have resulted in similar results; however, none has been large enough to prove that vaginal seeding is a procedure that will prove to be successful in most cases.

Is Vaginal Seeding Actually Worth It? 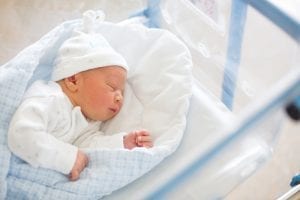 While exposing a newborn to the vaginal fluids of the mother may seem completely natural and an idea that is sure to mimic the benefits that one can receive if birthed vaginally, it is not quite that simple. Though this may go as intended a lot of the time, the risks are too great to put complete faith in the procedure and adopt vaginal seeding as a regularly recommended practice. During the swabbing process, the infant is at risk of being exposed to harsh viruses that may cause irreversible damage. The mother may be unaware that she is carrying strains of transmittable viruses or infections such as herpes simplex, group B streptococcus, gonorrhea, chlamydia, or human papillomavirus—all of which can be detrimental to the health and well-being of an infant. If a mother insists on following through with the vaginal seeding process, it is imperative that she is tested for any illnesses so that she doesn’t pass anything harmful to her newborn.

Additionally, many claims have suggested that the babies born via Cesarean statistically have weaker immune systems due to the number of antibiotics given to the mother during birth. This thought pattern supports the idea that a baby will naturally build a strong microbiome despite not having traveled through the vaginal canal. Because of these conflicting views and lacking proof on either end, it is unclear whether the effects of vaginal seeding actually make the procedure worth the risk.Unfortunately, until more thorough research is conducted, it is not fair to consider vaginal seeding a safe or fully effective practice. Additionally, the long-term effects of microbirthing have yet to be identified.

In efforts to promote good health and build the microbiome in infants born via Cesarean, there are more responsible methods that can be taken such as the following:

Pregnancy Basics
Previous Post: « Common Challenges Pregnant Women Face During the Holidays
Next Post: At-Home Doppler and Fetoscope Devices; What You Should Know »