While researchers have not yet identified the exact cause of ASD (autism spectrum disorder), a new study published in the American Society for Microbiology recently shed light on a link between the incidence of genital herpes during pregnancy and a resulting child with ASD. In fact, mothers who experienced a flare-up of genital herpes during the first trimester of pregnancy are twice as likely to have a child with ASD, according to the researchers’ conclusions. However, researchers not involved with the study have pointed out that this single conclusion is not supported by enough scientific backing to cause worry just yet. 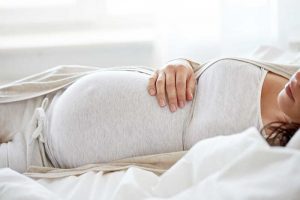 Herpes simplex virus two (HSV-2), otherwise known as genital herpes, affects 417 million people worldwide and is about twice as prevalent in women as it is in men. It features flare-ups in which blisters appear on the genitals as well as times of remission when the symptoms disappear. However, even though the symptoms are gone, the virus is still present. It hides in nerve cells and is thought to be reactivated when the immune system is weakened.

Pregnancy is one such situation where the immune system is suppressed. This condition may be necessary for a fertilized egg to implant successfully and then continue a pregnancy without further complications. Although a reduced immune system may help the developing embryo, other infections such as herpes simplex virus can wreck havoc. They cause inflammation that may have something to do with the incidence of ASD.

Despite claims giving full blame to vaccines, lead poisoning, maternal PCOS or lack of proper prenatal supplementation, no one truly knows what causes the differences in brain structure that develop in children with ASD. Most experts agree that it is due to factors present in the individual’s genetic code as well as environmental triggers. Many families show patterns of autism and related disorders, providing a reasonable basis for a responsible genetic component. Researchers continue to investigate what environmental triggers cause the disorder and are exploring chemicals, toxins, metabolic imbalances and viruses.

The behaviors of ASD range far and wide, but most afflicted individuals will show symptoms before six years of age. The earliest signs include failure to coo, babble or point at objects in the first year of life. In fact, the loss of language or social skills at any age warrants further investigation with a multidisciplinary team of a neurologist, psychologist and pediatrician, among others. The above symptoms are not only linked to ASD, but there is a strong correlation between failure to communicate and the ASD diagnosis. 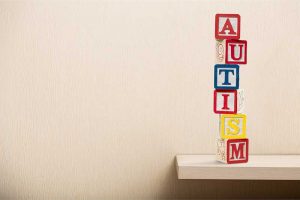 The reduction of the immune system during pregnancy is the perfect excuse for the herpes simplex virus to reactivate. Researchers theorize that this activation stimulates the immune system to create inflammation designed to fight the virus. Those battle-ready substances are able to cross the placenta and potentially harm the developing central nervous system that includes the spinal cord and brain.

Other infections such as cytomegalovirus and rubella are also able to harm a developing fetus. The difference is that these pathogens are prohibited from replicating inside the placenta; herpes simplex virus is not. It doesn’t take much of the virus to create a large amount of antibodies against it inside the placenta. The speculated effect on a fragile and vulnerable nervous system may be the brain changes associated with ASD.

Limits of the Study

Evidence of the link between the herpes simplex infection and ASD will need replication by more than one study before it causes warranted concern. Until then, the possibility of a fluke cannot be ruled out. Even if there is a correlation, that is not the equivalent of causation and there may be more factors having an effect that researchers realize.

In addition, the effect of ASD as related to early pregnancy herpes flare-ups was only seen in male children rather than females. The number of females with ASD in the study was small and may not be representative of a large enough sample size. This issue could be addressed with further research studies that take this limiting factor into account.

Pregnancy Basics
Previous Post: « DHA vs EPA – The Breakdown of Omegas: Benefits for a Mother and Baby
Next Post: 30-Day Decluttering Challenge: Nesting Like A Minimalist »