Using humor to announce a pregnancy or reveal a baby’s gender put a fun spin on a special event.

The old-fashioned methods of revealing such precious information, via a phone call or in conversation, are effective but not necessarily memorable. Implementing humor into such a milestone can make it a memory that everybody involved will remember for some time.

This brief piece offers 10 methods to use humor in your special announcement.

Various items can be employed to make the announcement. For example, authoring the exciting news on a t-shirt everyone will see or inserting a written message on items people commonly use is a direct yet humorous way for a couple to express to the world that they are to become parents.

Instead of submitting a run-of-the-mill announcement regarding pregnancy or gender reveal in a text, email or postal delivery, make it funny and snappy. One example of such an endeavor could be making the announcement to the couple’s siblings. The wording of the correspondence could say something akin to “You’ve hereby been promoted from siblings to aunts or uncles.” The same approach could apply to prospective grandparents, great-grandparents and other key relatives.

Few media capture the raw emotion of a joyous event like a live video. A would-be mom might elicit the elated but shocked reaction of a soon-to-be dad by capturing the moment on camera. The joyous yet laugh-inducing reactions could be reproduced and sent to friends and loved ones for their enjoyment. 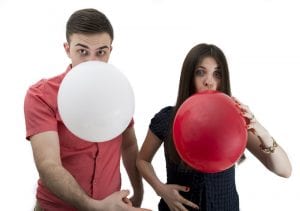 Clever prospective parents might employ the art of subtext to disclose the happy news. For example, they can use words or props that represent the words baby, boy or girl to convey the message. Eventually, the intended recipients will catch on and appreciate the interesting manner in which the message was sent.

It is common knowledge that expecting women consume a more voluminous and sometimes unique diet. Expecting parents can use food as a humorous method of sharing the good news with unsuspecting persons. For example, a man could prepare his partner or spouse’s lunch by packing items like cucumbers, pickles, and ice cream. Conversely, a pregnant woman could bring such edibles to work with her and hope people understand the method behind the madness.

Few items are associated with newborn babies more than a crib. Couples who already have young children but are expecting a new edition could place a notice on an occupied crib: “The current owner of this property has 90 days to vacate because another resident has signed a lease agreement.” Then, they could capture the image and submit to those individuals the prospective parents wish to tease.

Utilize the Couple’s Other Children

Some couples might find humor in utilizing their current children to help cleverly announce the anticipated arrival of another. An example of the tactic could be dressing the children in shirts that are numbered one for the oldest, and the youngest child’s number could perhaps have the added message “not for long.”

A couple and their two children could be seated in a movie theatre with a caption like “The prequel and sequel wowed you. Wait until the third part of the trilogy.” In it, they would include the estimated birth date or known sex of the newborn. 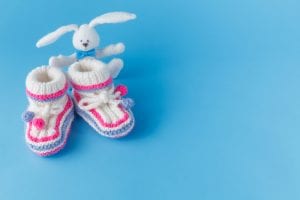 Soon-to-be parents might pleasantly trick friends and family by orchestrating a photograph containing themselves, their current children and the photo of another baby and offer a suggestive quip caption such as “soon.”

Almost everyone uses some form of social media for gossip and communication in today’s day and age. Therefore, parents-to-be who do not wish to formulate some elaborate announcement scheme can offer unique, suggestive posts that offer hints as to the couple’s exciting future.

Preparing for Baby
Previous Post: « How to Prevent Back Labor During Childbirth
Next Post: 5 Tips for Managing Stress with a Newborn »