A new study suggests a link between maternal polycystic ovarian syndrome (PCOS) and autism. Children of women with PCOS have a 59 percent increased autism risk. The landmark study conducted by researchers at Sweden’s Karolinska Institutet concluded that the risk was even greater among women with PCOS who were also obese. The findings were based on an examination of all children born between 1984 and 2007 in Sweden. Researchers compared national patient records of children diagnosed with autism spectrum disorder with mothers with a confirmed diagnosis of PCOS.

Autism is a developmental disorder currently affecting approximately one in 68 children in the United States. ASD is five times more common in males than females. The condition is characterized by behavioral as well as social and communication difficulties. Despite these challenges, approximately 46 percent of children with ASD display average or above-average intelligence.

Polycystic ovarian syndrome is an endocrine disorder affecting 5 to 10 percent of child-bearing women. Symptoms of PCOS include frequent ovarian cysts, acne, weight gain, excess hair growth, menstrual irregularities and difficulty conceiving. PCOS is one of the most common causes of female infertility.

How is PCOS Linked to Autism Risk? 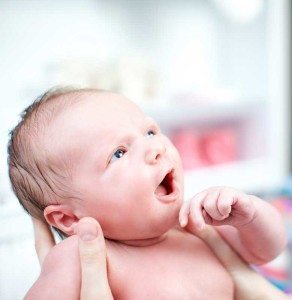 Past studies have indicated an association between ASD and a child’s exposure to certain sex hormones called androgens. Although these hormones are associated with male traits, both men and women produce them at varying levels. The study showed that women with PCOS produced androgen hormones at significantly higher levels than women without PCOS. Obese women with PCOS produced the highest level of androgens during pregnancy. Researchers believe that these hormones cross the placenta and may affect the brain and nervous system development of the fetus. The researchers are also cautious in stating that further studies are needed to determine to exact link between PCOS and ASD.

Should I be Worried?

A 59 percent increased autism risk sounds terrifying. However, it is important to put the number into perspective. Researchers stress that the study looked at the relative risk of a PCOS mother having an autistic child and not the absolute risk. When absolute risk is taken into consideration, the risk is only a fraction of a percent higher than in the general population. Researchers are also quick to point out that ASD cases can be attributed to a variety of other environmental and genetic factors. The researchers that conducted the study hope that their findings drive awareness among women with PCOS instead of causing alarm. If you have PCOS and become pregnant, you may benefit by striving to maintain a healthy weight both before and during your pregnancy since excess weight can increase your androgen levels. By being aware of increased risk for autism, you can work closely with your child’s pediatrician to identify early signs and symptoms of ASD. This will allow you to arrange for the appropriate early intervention, which can improve the long-term prognosis for children with ASD.