What Women of Childbearing Age Should Know About Postpartum Bleeding

Also known as lochia, postpartum vaginal bleeding occurs when the uterus fails to contract after a woman delivers the placenta. For context, the placenta is a temporary organ that develops in the uterus during pregnancy. The primary role of this organ, which attaches to the wall of a woman’s uterus and her baby’s umbilical cord, is to provide oxygen and nutrients to the baby. It also plays a critical role in removing waste products from the baby’s blood. Generally speaking, the placenta gets expelled from a woman’s body within 30 minutes of giving birth, but her uterus will keep contracting to help stop normal bleeding. When the placenta does not get expelled, these contractions do not happen, and the lack of contractions can put women at risk of suffering from lochia or postpartum bleeding. In addition to significant blood loss, symptoms commonly associated with this medical condition include

The Three Stages of Vaginal Bleeding 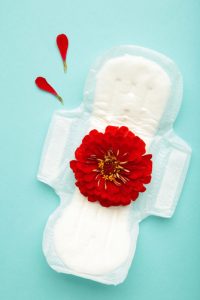 There are three stages of postpartum vaginal bleeding that a woman can encounter after giving birth to her baby. They include the following:

According to a study published by the Cleveland Clinic, a nonprofit academic medical center in Cleveland, Ohio, the following can all increase a woman’s chances of experiencing postpartum bleeding after childbirth:

While these factors are the main contributors to postpartum bleeding, some women will experience the condition for seemingly no reason, notes the same Cleveland Clinic study. For this reason, women should schedule an appointment with their obstetrician or general doctor if they have been experiencing prolonged bleeding, lightheadedness, pain, swelling or any other symptom typical of postpartum bleeding for more than a few weeks after giving birth.

In summary, postpartum vaginal bleeding can be a byproduct of many things. And for some women, it occurs without rhyme or reason. Either way, there are treatments that can help women struggling with the condition, such as prescription drugs and massages to help stimulate uterine contractions, over-the-counter pain relievers and removing placental pieces that did not get expelled naturally during childbirth.