Rubella is a viral disease, and it is transmitted through the air. It is also known as German measles or three-day measles.

Although the disease is typically a mild illness in adults and children, it can cause severe congenital disabilities when a pregnant woman becomes infected. To protect unborn babies from congenital disabilities due to the virus infection during pregnancy, the U.S. Centers for Disease Control and Prevention, the CDC, recommends that all women who are not immune against the virus get vaccinated with the measles, mumps, rubella vaccine before becoming pregnant if they have not already been vaccinated with two doses of MMR vaccine or have had laboratory evidence of immunity against it.

Risks of Rubella During Pregnancy

The following are risks associated with rubella during pregnancy: 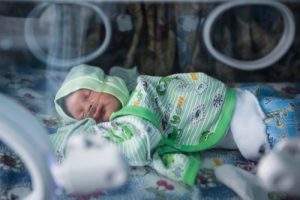 Some babies infected with the virus during the first trimester have a low birth weight. This risk depends on the gestational and immunological characteristics of each case. In those cases where babies are under 1000 grams at birth and there is no clinical evidence of congenital rubella syndrome (CRS), there is no rise in the risk of subsequent pregnancies.

Most babies infected with the virus during the first trimester die in the first month after birth. The risk for stillbirth in these cases depends on the outcome of previous pregnancies.

The virus infection can cause cancer to a fetus during pregnancy if a pregnant woman gets infected with the virus and fails to develop immunity against it before she becomes pregnant again. A fetus can also be exposed to cancer-causing agents from an infected mother before birth, but there is no evidence that this increases the risk of cancer in the future.

CRS is a life-threatening condition with a broad spectrum of defects in organs and systems. The virus infection of the fetus causes it. The symptoms of this syndrome start to become apparent around two months after birth, but they may vary from case to case.

The virus can also cause invasive infections in people who are not already immune to the virus. In these cases, the virus invades the blood and causes problems such as pneumonia or sepsis. These infections can be severe and must be treated immediately. Also, pregnant women are susceptible to skin rashes caused by some forms of the virus infection during their first trimester of pregnancy. 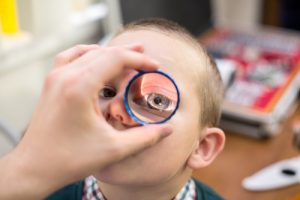 Congenital cataracts are a common eye problem in babies with CRS. Cataracts can cause vision problems and even blindness. It occurs in babies infected with the virus during the first trimester.

Congenital disabilities from the virus infection during pregnancy can include other abnormalities such as congenital deafness, microcephalus, pulmonary stenosis, etc. The weakness and paralysis may affect the muscles, joints, nerve tissues or heart.

The virus can involve many body organs, such as the skin, bone marrow, eye, liver, spleen, brain and heart. Suppose an unborn baby is infected with the rubella virus during the first or second trimester of pregnancy and develops congenital infections due to the virus. In that case, it may be diagnosed with CRS.

In some cases, pregnant women have died because of severe infection and associated complications such as sepsis or pulmonary embolism. The risk of death depends on the stage of pregnancy, type of pregnancy and severity of the symptoms.

Rubella is a sporadic disease, but it has severe consequences for a woman’s ability to become pregnant when infection occurs during the first trimester of pregnancy. In most cases, one dose of the rubella vaccination provides at least partial protection against more severe disease. A second dose is recommended in those cases where immunity is low and some symptoms of rubella are present.