Thanksgiving is a time for family and food, but when you are pregnant, some of the traditional meal items are dangerous. These are the foods to avoid at all costs.

There is nothing like the closeness of family and the abundance of all that comfort food at Thanksgiving. A word to the wise though, if you are expecting, there are several foods you need to pass on this year. Some of your favorites can be extremely dangerous for you and your unborn baby and therefor some caution needs to be taken.

That salmonella fella is lurking in several of your favorite Thanksgiving dishes. Let’s start with the star of the show: the turkey. This is due to the cavity of the turkey not reaching temperatures high enough to destroy all the bacteria. The biggest culprit is not allowing the turkey to properly thaw. Once the meat is thawed, the core could still be frozen. This problem only compounds with stuffing inside the bird. Not only is the cavity struggling to heat up, the stuffing is making it harder. As the stuffing heats, it is now thawing still frozen bones, pulling the under-cooked juices into itself and possibly contaminating the stuffing with salmonella. Cook the stuffing on the stove and thaw that bird well.

Anything with unpasteurized eggs can also expose you to salmonella. Just say no to the custards and leave the batters alone. No licking the spoons this 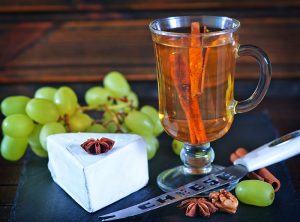 year. Strike eggnog off your list, too. With the primary ingredient being raw eggs, you are better off avoiding it. If you are simply craving cider, make it a steamy mug by the fire. Cold cider can expose you to E. Coli if it is unpasteurized. Heating it helps destroy any lingering bacteria. Soft cheeses are out, too. Most of the soft varieties are unpasteurized, and since heating them will simply melt them, it is safer to just avoid them.

Some hors d’oeuvres make use of sliced deli meats or smoked meats, but these could carry listeria, a bacteria that can still survive even in proper storage conditions. There should be absolutely no alcohol consumption at Thanksgiving or any other time when you are expecting. While probably not contaminated with any of the other bacteria, alcohol is extremely dangerous for unborn babies.

Another popular holiday tradition is to avoid the kitchen completely by having leftovers. Cold turkey sandwiches are a staple in the days following Thanksgiving. Unfortunately, if you are expecting, this can be hazardous. No pregnant grazing. Cold turkey is susceptible to the same listeria bacteria as deli meats and is best avoided.

Raw vegetables that were not thoroughly washed, left out on the table all day, then put back in the fridge can have toxoplasmosis. This disease can cause blindness in the unborn child as well as mental and physical disabilities and lead to death in the worst case.

Why Are Pregnant Women Susceptible 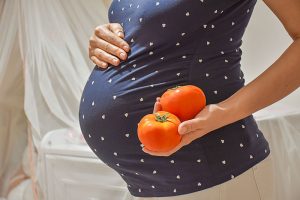 While most people eat their Thanksgiving feast every year with no issues at all, expecting mothers have a compromised immune system during pregnancy. The baby has no immune system yet, so the mom provides protection for them both. The average system is conditioned to a certain amount of exposure to these contaminants. Their immune system deals with the intruders and the body expels the remainder. An expecting mother can actually ingest the bacteria and still feel fine, but the danger lies in the womb. When the fetus is exposed to contaminants, it can become infected and experience major issues even though mom shows no symptoms.

The worst case scenario is the effects of listeria. Infections can make mom feel like she just has the flu, but it can cause serious infections in the fetus, premature births, miscarriages or even result in the baby being stillborn.

All of this information can be depressing and even scary, but it is important to be informed. You do everything else right, so feast intelligently and you will reap the rewards once you are holding your beautiful, healthy baby. Remember that it’s only for this holiday. Make safe choices this year and next year you will be the queen of the leftovers once again.