Drugs should not be used during pregnancy or immediately after giving birth since they may harm the fetus and the newborn.

Drug consumption causes severe health consequences for infants. The pregnancy period and the few months after a child is born are the most critical times for a child’s development. Drug use during pregnancy and breastfeeding can have effects on the unborn and new baby. Some of these effects can affect them for the rest of their lives. Below are some reasons you should avoid drug consumption during pregnancy and breastfeeding.

Drug consumption by pregnant women causes the unborn baby to be chemically dependent on the drugs. Babies are directly connected to their mothers during pregnancy, so the substance the mother consumes reaches the child through the bloodstream. The main consequence is that infants are often addicted to drugs when they are born.

Babies born with drug addiction start to show withdrawal symptoms soon after birth. While the symptoms can continue for several days, the babies must undergo medical attention and remain under observation for some days. The key symptoms may vary from diarrhea, poor sleep, fever, vomiting and sweating.

Breast milk is beneficial to infants, especially during the first few months of growth. It helps boost the baby’s immune system by passing essential nutrients from the mother to the child. Therefore, any harmful substances the mother consumes may adversely affect the child’s life. 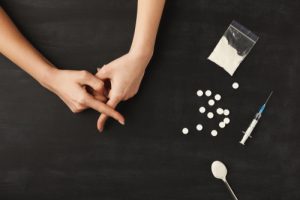 Alcohol, cocaine and other drugs are passed to the baby through breastfeeding and can affect the baby’s growth. Alcohol consumption while breastfeeding reduces the amount of milk a mother produces. As a result, the mother lacks enough milk to feed the baby. The baby’s sleep cycle is also disrupted when the mother drinks alcohol.

Pregnant mothers who consume drugs adversely impact their children later in life. The children often bear the consequences of drug use. They may suffer nutritional deficiencies and might develop health problems. The child may be affected throughout their childhood and into adulthood.

Prenatal drug use influences children for the rest of their lives. Children exposed to drugs experience problems in school, and their social development may be impacted. Thus, they may have difficulties interacting with others.

Drug consumption during pregnancy affects not only the infants but also the mothers. Pregnant women are at risk of miscarriages, premature labor and sudden death of the infant. Drugs can also cause high blood pressure and, sometimes, death when the mother does not receive adequate care. Pregnant women under the influence of drugs are at risk of mental health disorders.

Drug use disorders are mainly linked to mental health disorders and increase the risk of women developing depression, anxiety and other mood disorders. The risk mainly affects women who recently gave birth.

Different substances have different effects on expecting or breastfeeding mothers and their infants. Cigarette smoking affects not only the health of the mother but also that of the child. The mother is usually at risk of premature death or even stillbirth. Alcohol consumption can cause physical deformities, mental retardation and life-long behavioral problems in the child. Breastfeeding and pregnant women are advised to avoid using alcohol since there is no safe amount of alcohol.

Cocaine use can lead to miscarriages, premature detachment of the placenta, high blood pressure and stillbirth. Infants born to mothers under the influence of cocaine are at risk of sudden deaths. Moreover, the babies are more likely to be born prematurely. Marijuana may be linked to cognitive and behavioral problems in babies.

Marijuana has a direct effect on the brain and the nervous system. Using marijuana while breastfeeding directly affects the development of a child. Some of the risks include the baby’s inability to pay attention for extended periods, the risk of drug use later in life, and the child being emotionally detached.

Drug consumption immensely affects the health of the mother and the newborn. Pregnant women affected by addiction are advised to seek medical help to cater to the medical needs of their babies and themselves.

Prenatal Health
Previous Post: « Genetic Blood Clotting Disorder Linked to Miscarriage
Next Post: Household Chores During Pregnancy: What Is Safe and What to Avoid »