With marijuana legalization on the rise, both for medicinal and recreational purposes, a common question that pops up is the following: Is it safe to smoke weed while pregnant?

There is plenty of research available for why you shouldn’t drink alcohol or smoke cigarettes while pregnant, as well as a long list of medications you should stop taking until your baby is born. The issue women are encountering with weed is that there is hardly any research available, and it doesn’t always address ways other than smoking that marijuana can be consumed (edibles, oils, vape devices, etc.).

Why Some Women Choose to Smoke While Pregnant?

Since there is a lack of information, women who have a THC dependency or who are self-medicating with cannabis opt to continue their usage of the drug. This can be potentially dangerous. Studies have shown that women who smoke while pregnant are more likely to give birth to babies with a lower birth weight, regardless of what they’re smoking.

If the woman finds relief from depression or anxiety in a way that medication just can’t provide, she may decide that the risks are worth the rewards. Anyone suffering from a debilitating mental disorder knows how hard it is to find an effective treatment. Going nine months without the only thing that is keeping your condition at bay may seem like an impossible task for many, and for some, it may be.

Some studies have shown results when women take THC products to avoid or lessen the effects of severe morning sickness, but these studies are inconclusive. Even though corporate cannabis companies market marijuana to women who want to get rid of morning sickness, it is still unknown whether marijuana actually alleviates this symptom of pregnancy or if it exacerbates it. Women who are unsure about marijuana usage may not have anyone to turn to, especially if they live in a state that has not legalized the drug yet. They may not feel comfortable discussing the risks with their doctor.

The age-old argument that marijuana is natural and, therefore, cannot be harmful is misleading. In all actuality, alcohol is also natural, and no one questions how harmful drinking while pregnant can be to your baby. No amount of marijuana is safe for an unborn baby, as it can cause premature birth, a low birth weight, or delayed cognitive development.

Researchers at Washington State University conducted a study that involved pregnant rats and THC. The female rats were exposed to THC and when they gave birth, the researchers tested their offspring. The offspring of the rats were much slower at completing tasks than the rats who were not exposed to THC, which shows a correlation between marijuana and developmental delays. 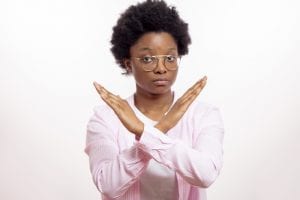 The research that shows smoking any substance can cause problems with birth weight should be enough to stop women from smoking marijuana during pregnancy. The women who are ingesting THC in other ways need to pay attention to the study done at WSU involving the rats. Anything that could cause harm to your baby during pregnancy should be discontinued until after the baby is born.

Enough research has been done to show that cannabis usage is not good for an unborn baby, so it is smarter to just say “no.”

Pregnancy Basics
Previous Post: « Pregnancy in Women With Congenital Heart Defects: Everything You Need to Know
Next Post: A Spouses’ Guide to a Pregnant Woman’s Perfect Valentine’s Day »