Pregnancy can represent a race against time.

With a countdown of fewer than 9 months (depending on when pregnancy is detected!), many pregnant women give sleep a low priority, thinking that they’ll catch up while they’re “off” after the baby is born.

The problem is that sleep lost during pregnancy is never regained, and women start their new lives with their infants in a state of sleep deficit. It’s no surprise that studies show that sleep deprivation in pregnancy is common with up to 40% of pregnant women struggling with sleep problems.

Not only does being tired make the days difficult, but it also places pregnant women more at risk of developing depression or anxiety during pregnancy. When sleep has a negative impact on women’s emotional health, it’s usually because there is too little of it, or it’s not a “good enough” sleep.

How Much Sleep Is Enough…Before Emotional Health is Affected?

How Poor Does Sleep Need To Be…Before Emotional Health is Affected?

The same study of over 2,000 women showed that poor quality sleep had a bigger impact on emotional health than the amount of sleep a woman had. When asked the question “How do you assess the quality of your sleep during the past month,” women who reported their sleep quality as “fair” or “bad” (versus “good”) had moderate to high risk of depression and anxiety during pregnancy. The risks were highest for women reporting “bad” sleep. These women were almost 4 times more likely to develop depression and almost 8 times more likely to experience anxiety during pregnancy. With 55% (n=1997) of women indicating they had “fair” sleep quality and 8% reporting “bad” sleep quality, two-thirds of women in this study experienced sub-quality sleep. Other studies show the same finding – poor sleep quality is a major risk factor for depression and anxiety in pregnancy. In other words, it’s one thing to have less sleep when pregnant. But, it’s worse when that sleep isn’t “good” sleep.

What Exactly Is Sleep Quality?

You know that you suffer from poor sleep quality when you feel tired when you wake up – you just don’t feel rested and refreshed. Worse yet, that feeling of tiredness lasts or gets worse over the course of the day. People describe themselves as lacking in energy and motivation, being lethargic, and not feeling like they’re performing at their best. On the contrary, some people describe a high-quality sleep as one that is “deep.” In other words, they didn’t wake up (even briefly) during the night and they didn’t toss and turn.

Take a moment to check-in with yourself on your sleep patterns. The more checks you have, the more likely you are suffering from poor sleep. 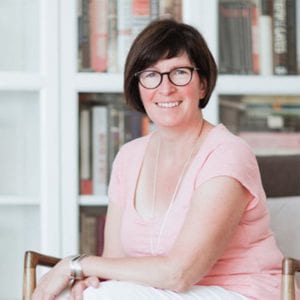 Dr. Dawn Kingston, is Canada’s leading expert on perinatal mental health and for over ten years she has been at the forefront of research on how to prevent postpartum depression. Kingston and her team have developed the HOPE App which is designed to significantly reduce prenatal anxiety and depression and directly support expectant mothers. Currently, they are studying it in a massive implementation study, one of the most ambitious projects of this type, ever.