A substance known as melatonin could prove vital to a successful and healthy pregnancy. Melatonin helps to play a crucial role within the pregnancy process. Particles such as free radicals can impact expecting women and their babies, but melatonin has the power to protect fetuses from these free radicals. There are certain steps that expecting women can take to help ensure a proper amount of melatonin throughout pregnancy.

This chemical is a hormone that is naturally produced inside the body. The hormone’s primary function is to regulate an individual’s sleep and wake cycles. In most instances, systemic production and secretion of the substance decreases as people grow older.

Melatonin executes several critical roles during pregnancy. The reproductive organs of expecting women secrete and release elevated levels of the substance during the gestation period. Furthermore, the hormone is vital to the labor and delivery processes. Moreover, the fetuses and newborn children are reliant on the substance for sleep-pattern regulation during the first few months of their lives.

The fetuses of expecting women stricken with certain medical conditions, such as pre-eclampsia (high blood pressure induced by pregnancy) and gestational diabetes, might be at greater risk to develop a potentially seriously adverse systemic process called oxidative stress.

Oxidative stress is precipitated by the accumulation of substances referred to as free radicals. Without oxygen, people could not breathe or survive. Unfortunately, however, this vital element also contributes to the formation of free radicals. As oxygen circulates the body, elemental particles split into atoms that must pair with electrons. Eventually, these free-circulating atoms match with electrons situated throughout the body.

As the process progresses, these wildly and unevenly paired circulating oxygen atoms elicit oxidative stress, which causes inflammation that leads to cellular damage, physical injuries and potentially serious illnesses like cancer, diabetes, and immune system ailments. Elevated systemic concentrations of free radicals in fetuses or infants could leave them susceptible to many of the preceding illnesses later in life, as well as potentially significant developmental issues during their childhoods. 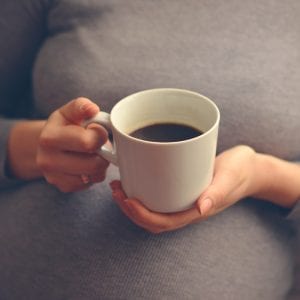 Scientific researchers have found that appropriate levels of melatonin are needed to help expecting women and their unborn children defend against these potentially serious health maladies. Hormonal production is optimized most during sleep. However, pregnant women might be afflicted with sleep loss for a variety of reasons including bodily discomfort and hormonal changes. Additionally, production of the vital substance might be affected by excessive caffeine and tobacco intake, exposure to stress and tension, blood sugar imbalances and unusual working hours.

Considering the important role the hormone executes during and immediately following pregnancy, maintenance of sufficient internal levels of the chemical is a vital task.

Necessary steps may include taking melatonin supplements or for a more natural approach try to obtain proper rest, cessation of tobacco usage, avoiding or curtailing caffeine intake (especially during the evening hours), identifying and partaking in stress-reducing activities and, when possible, working during the normal nine-to-five schedule.