Women who increase their systemic concentration of a hormone known as melatonin during pregnancy might enjoy specific health benefits.

Melatonin is a chemical produced inside and secreted by the brain’s pineal gland. Though the hormone can impact mood, it is primarily responsible for helping regulate the body’s sleep-wake cycle. Typically, secretion of melatonin is correlated with the time of day. During daylight hours, the brain secretes less. However, during the evening and typical nighttime sleeping hours, release of the substance is increased. In addition to systemic production, a synthetic version of the chemical is produced and available for public consumption through a variety of oral supplements.

Potential Impact of Insomnia During Pregnancy 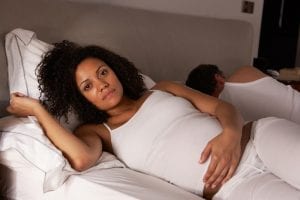 Should insomnia progress during pregnancy, affected women might increase their risk of weakening their immune systems, which could increase their risk of developing various infections. This could place both mother and baby at even greater risk for more serious complications such as gestational diabetes and high blood pressure.

Additionally, chronic sleep loss could potentially threaten fetal development. Insomnia can reduce the would-be mother’s blood oxygen levels, and even the smallest reductions could exert a deleterious effect on the fetus. Moreover, diminished sleep could also precipitate a decline in systemic production of the growth hormone, which is vital to proper fetal advancement.

Fortunately, there are sleep-enhancing methods women could employ to circumvent these potentially serious issues. One such action is to increase one’s intake of melatonin. The most obvious positive influence the hormone can have on an expecting woman is an increased level of sleep and a reintroduction to a more typical sleep-wake cycle.

Additionally, the chemical might have other notable health benefits for both mother and unborn child.

Expecting women might be able to regulate or increase melatonin concentrations by partaking in activities such as the following: