White Blood Dells and Their Function

During pregnancy, it can be common for the white blood cell count to rise in the body to fight infections in utero during the third trimester of pregnancy. Although the most obvious pregnancy changes are typically visible to the naked eye, many signs remain hidden, or are only felt by the mom-to-be in the normal stages of pregnancy. Common changes include fatigue, swelling of the ankles and feet, feeling full quickly, frequent urination or incontinence, tenderness in breasts, mood swings, and frequent headaches. One of the more subtle internal changes is an increase in the number of white blood cells.

Neutrophils are a kind of white blood cell that help fight off infection in a few different ways; they engulf and destroy bacteria, viruses, and other microbes; they release chemicals, known as antigens, that help the body identify invaders; and they also help activate other immune system cells. 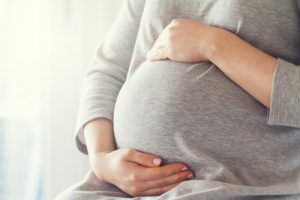 Throughout pregnancy, there is nearly a 50 percent increase in blood volume, like many bodily functions such as sweating and menstrual cycle flow, white blood cell count can vary from woman to woman and is the body’s way of creating the optimal environment it specifically needs to stay healthy. For some women, white blood cell counts may remain within a certain range, while levels may be elevated for others. Because these counts typically increase when the body is under stress or in need of fighting infection or foreign cells, it is important for frequent blood testing to occur throughout pregnancy to keep track of blood cell counts to determine how the blood in the body is reacting. This is also a good reason to participate in stress-reduction techniques throughout pregnancy, to minimize the amount of added stress the body is under beyond that which occurs due to pregnancy itself.

This gradual increase in white blood cell count is known is leukocytosis, and begins in the first trimester, continuing through pregnancy, peaking during delivery. Immediately after birth, the neutrophil count in a woman’s body drops from its initial level between 13,000 to 15,0000 to about 12,000 to 13,000. This time after birth is called the “recovery period.” Because of the increased levels in mother-to-be during labor, a newborn baby typically has a high level of neutrophils in the blood at birth. Mother’s white blood cell counts then typically normalize four to five months postpartum.

While it is considered normal, studies have also associated first trimester leukocytosis with complications such as preeclampsia and gestational diabetes.

When High Levels May Be Cause for Concern

When the immune system detects foreign cells, neutrophils are released into the blood and this surge of neutrophils can trigger inflammation in the body. When additional factors are at play however, and serious conditions arise, some symptoms include fever, new-onset pain, severe fatigue, night sweats, easy bruising or bleeding and respiratory difficulties.

Pregnancy means the body is hard at work to protect you and baby from infections and white blood cells increase to keep the body and fetus healthy. Should these symptoms arise, it is important to seek advice from a doctor who can ascertain if there is cause for concern.